On 16 June 2019, at about 9.15 am Toronto time, we finally landed in Canada, with Toronto Pearson International airport (YYZ) as our port of entry. Our connecting flight to Fredericton (YFC) was scheduled for 7.30 pm in the evening, just to ensure we had enough time between our flights should the immigration process take long.

We landed in Terminal 1 Toronto Pearson Airport, and our connecting flight with WestJet was in Terminal 3. This is fine as there are trains running between Terminals 1 and 3 every 5 minutes or so. Just be sure to follow the signs properly and stick together, as Z and I did manage to get separated and lost for about half an hour because he missed the train and I got out at the wrong stop (that’s a story for another day).

The landing and immigration process in itself was pretty smooth and straightforward.

We filled out the custom declaration form in the plane. There is only one desk in the airport terminal, so it’s best to do this in the plane. The form is usually handed out by the cabin crew on the plane. Fill the form as a visitor to Canada, since your status is not a Canadian resident yet, before being processed by the immigration officer. Also remember it’s one form for yourself and your spouse and up to 2 children, not a separate form for each.

Once we left the plane, we followed the Arrivals signs, which led us directly to the immigration counters. Terminal 1 doesn’t use machines to read the passports, so we only needed to stay in the line before the immigration officers checked our passports and visas. (Terminal 3 is the one with kiosks that everyone has been talking about.) There are two different lines: one is for Canadian/US residents and the other is for all other passports. So we stood in that line.

When we arrived at the passport control counter with the first immigration agent, he asked for our passports and the declaration form. He checked and stamped our passports on the page with the Canadian PR visa counterfoil, then put a big “X” on our declaration card with a colour marker. (Not sure what that’s for, but I assume it’s just to show you’ve been through the first step.) He then directed us to a second office down a long hall on the right, where everyone who needs to complete some formalities have to go through, namely students, new immigrants, and work permit holders. There were about 10 to 12 people before us, but after less than 2 minutes a lady agent called out to ask if there was anyone in the line who were new immigrants. When we put our hands up to indicate we were new immigrants, she told us to come through to her.

Once there, the agent asked to see our passports and Confirmations of Permanent Residence. She started out with me as the primary applicant, and then Z, and did her thing on the computer. She asked how much money we were carrying with us at that time, but didn’t ask to see it at all, or ask for any bank statements or any other proof of funds whatsoever. I was prepared however, and had them ready to be shown if needed.

She then wanted an address for the delivery of PR Card. When we informed her that we only had a temporary address currently, she kindly advised that it’s better to wait until we had a final permanent address and provide/update it online, and so did not fill out any address on the form. She provided us with the website for CIC and said we should update our addresses online as soon as we secure an apartment.

Before confirming our PRs, she asked the two basic questions outlined on the CoPR, namely “Have you been denied entry to Canada before or convicted of a crime?”, and “Other than the dependents written here, are there any other dependents?”. Ideally, both these questions should be answered truthfully by “No”. She signed the CoPRs and asked us to sign initials near Marital Status, and near the “No” for each of the two questions.

Processing was done for me in less than 5 minutes, and then she moved on to processing Z, another 5 minutes. When that was done, she reminded us that we should keep our CoPRs safe at all times, as that’s our only proof of PR status until the PR Cards arrived.

After this, we went through to the baggage counters to pick up our suitcases. Luckily ours seemed to be the only flight that had come through at that time, but there was a LOT of luggage on the conveyor belt as well as the areas around it, all stacked together. So a word of warning right now: please make sure that your suitcases stand out somehow. Add ribbons, coloured luggage belts, tags, whatever will help you identify your luggage. There have been many instances where luggage has gone missing or has been been taken by another unsuspecting passenger because the suitcases all look so similar. Also, make sure you don’t just leave your luggage on a trolley while you go to pick up your other luggage, for the very same reasons.

Z and I were lucky, we got all 4 of our big suitcases within 15 minutes of getting to the conveyor belts (we already had our cabin suitcases and laptop bags with us).

We then proceeded towards the exit area. There were other officers there, asking people to show them the custom declaration form again. They asked me if we have any goods to follow, and I said yes, but that they were coming later. The officer sent us to another room where the custom officers can search and process everything.

In the next room, there were 2 people already with customs officers, and 1 person ahead of us in the line. We waited around 5 minutes before another custom officer came through and called us over to his counter. He then asked us if we have a list of goods to follow. I had already prepared a list for our “goods to follow” with their values on the BSF186 and BSF186-A forms, and had made 2 copies of these. These lists were not in very great detail – mostly just categories of items (e.g., books, kitchen items, clothes, etc.) and an overall value for each category and a grand total for everything – but I also had a detailed list of goods on hand, should it be necessary.

The officer was very happy that everything was prepared, and that he didn’t need to do much except to check everything and stamp the lists. He asked for an address in Canada and we explained again that we have no permanent address yet as we were new immigrants. He said the address for the hotel we would be staying at was fine, as the address and phone number was needed mainly to let us know that our goods had arrived.

He didn’t ask us to open any of our bags and as a result the entire process took about 10 minutes while he typed everything onto his computer and gave us a printed and stamped copy of the receipt and the GTF forms. He said they will keep one copy as well so they can cross-check once the goods arrive. We were told that it didn’t matter if we were bringing the goods with us personally, or using a moving company. We just need to make sure that we bring the tax free document (receipt) and the stamped forms with us when we pick up our goods.

(Just a quick note here: yes, we were not asked to open our bags, but please be prepared for that. The baggage (about 2 big suitcases) of a Chinese lady who was already at the custom officer’s counter when we arrived in there was being extremely thoroughly checked by the officer there, and let me just say, the officer was not happy at all. So I would suggest, also make a list of the items you are carrying in your suitcases, just in case. And PLEASE, be honest about what you are carrying with you or bringing in your goods to follow.)

And that was it!

Overall, it wasn’t a painful experience for us, and everything went pretty smoothly. If you are taking a connecting flight make sure there is a minimum 3-4 hours gap in between. Our whole process took about an hour and half, but it can vary drastically depending on your flight, other flights, the number of passengers and baggage, how long it takes at customs, etc. It is better to have a long gap between your landing and your connecting flight, than to not have enough time and miss your next flight.

It was a cold day in Toronto when we arrived, all cloudy and windy, which was a huge difference from the 50 degrees Celcius weather we had left behind in Dubai. 🙂 We arrived in Fredericton at about 10.45pm at night (remember Fredericton is an hour ahead of Toronto), and here too, it was quite cold and nippy. So make sure to carry a jacket (or two!) with you in your hand luggage when you land.

We obviously did not get to see much of what Fredericton was like since we arrived late at night, and went straight to the hotel we were staying at to collapse on the bed and sleep. But we were awake early the next morning (our bodies were still operating on UAE time lol 😀 ) to experience our first beautiful, sunny day in the place that will be our new home.

Alhumdulillah after so many days and weeks and months of running around, and slogging away, we have finally reached a landmark on our Maple Leaf Journey. We pray that Allah will bless us in this new country, and it will be as wonderful as we hoped and dreamed, in Sha Allah. 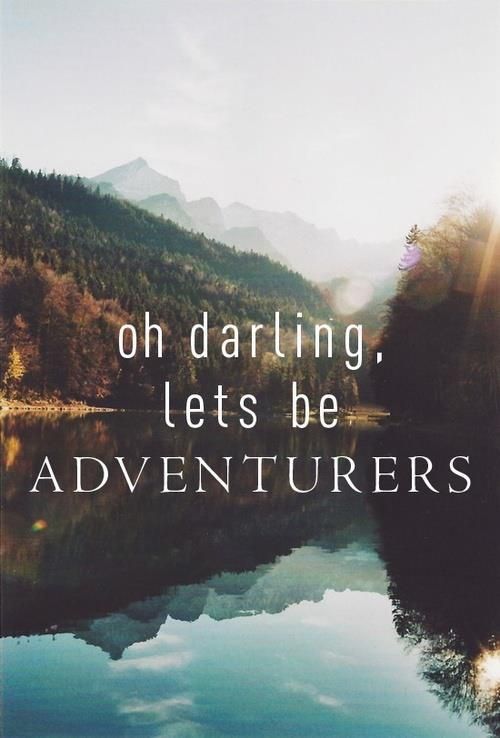 Looking forward to all the adventures in the Land of Maple Leaves and Snow! 🙂

3 thoughts on “Touchdown! We Have Touchdown!”

This site uses Akismet to reduce spam. Learn how your comment data is processed.

Seek and You Shall Find

In the Skies Today